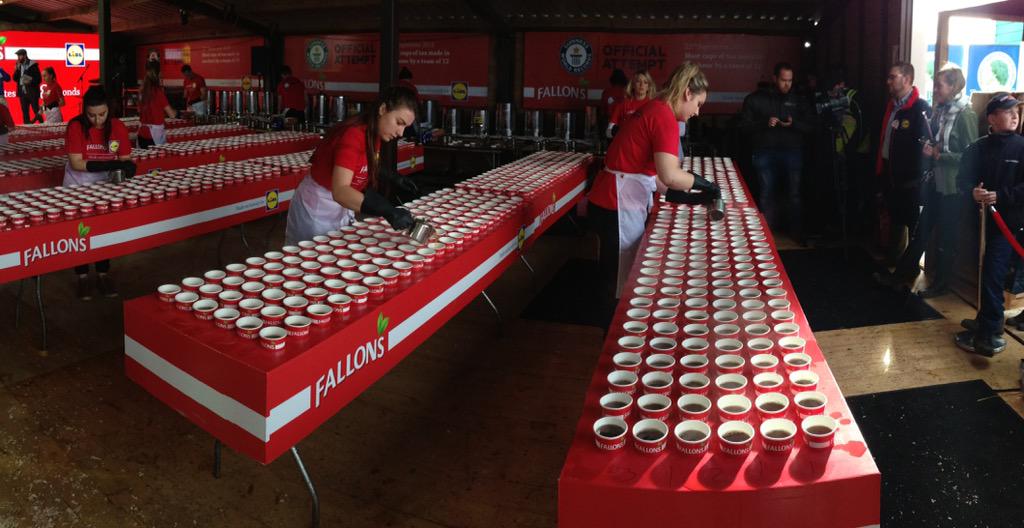 Most Cups of Tea Made in 1 Hour
The site of the National Ploughing Championships, Ratheniska, County Laois, Ireland was the venue for the world’s record for most cups of tea made in 1 hour by a team of 12. The record was gained on September 22, 2015, by the brand Lidl Ireland, who used their own tea for the record. Even more impressive was the fact this was completed in only 43 minutes. World’s Largest Iced Tea
Naturally, this record would be set in the Southern US in the town of Summerville, South Carolina. The town broke the record, which was recently set by Lipton Tea.  Over 2,500 gallons of iced tea filled a custom-made Mason jar.  Townspeople used 210 pounds of loose tea to make the tea. World’s Oldest Tea Leaves
China, the birthplace of tea, is home to tea leaves that are 2,100 years old. The tea leaves were found in the tomb of an Emperor. Scientific tests dated the tea leaves.

World’s Largest Tea Mosaic
Shandong China is home to the world’s largest tea mosaic, which is a large picture that consists of tea bowls.  The mosaic consists of 5,280 tea bowls of black tea with milk.

What do you think? Cancel reply

This site uses Akismet to reduce spam. Learn how your comment data is processed.